A Devotion on Goodbyes 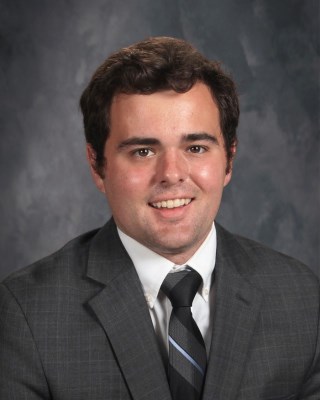 This coming Tuesday will be my last day serving at Immanuel. It has been a privilege to serve you over the past year. Over the past few weeks, I have realized that saying goodbye is a hard thing. I will miss you as I continue my studies back at Concordia Seminary. A pastor naturally loves the people he serves. I’ve come to see that.  Saying goodbye to a loved one is a hard thing. To say goodbye is to acknowledge that things will not be as we want. It is to acknowledge that all good things must come to an end. My time at Immanuel has been a good thing for me, and I hope it has been good for you too.

Scripture is full of goodbyes. All marked by different themes and contexts. Each brewing its own story inviting us to identify with the characters. Abraham at Sarah’s insistence infamously sent Hagar and Ismael into the wilderness (Genesis 21). This story prompts us to consider the cruelty of jealousy and the incredible provision of God. Jacob, before passing to the God of his father’s, blesses each of his sons (Genesis 49). The goodbye of death is painful. In Jacob’s case, this was made worse by a family squabbling over the inheritance. We even celebrate the goodbye of Jesus— the Ascension. Jesus leaves the apostles, and some still didn’t get it for Matthew says, “but some doubted.” Jesus’ ascension though marks a change in career for the Apostles. They would go on to be well traveled preachers despite their inadequacy. There is also the emotional goodbye of Paul to the Ephesians elders (pastors) in Acts 20. Paul is chased out of town after a riot. He knows this is the beginning of the end as the Spirit is leading him to his arrest in Jerusalem. This goodbye is tearful because Paul has trained these men to be leaders. But this was not normal corporate training. How intense and life changing this training must have been! Paul comforts them in Acts 20:32 saying, “I commend to you, God, and the word of his grace.” God and the gospel this is enough. Not enough to bring joy in that moment, but enough for their future lives.

The passing of a loved one is an especially bad goodbye. For all of the shock and raw emotion, even when the death is expected, there remains the finality of goodbye. These goodbyes are infinitely more potent than wishing a loved one off to the store. These goodbyes linger. Perhaps the most tragic goodbye in the Bible was the goodbye Adam and Eve wished the Garden of Eden. They were leaving paradise and they knew it. There would never be a time as good as that. Their actions in that garden brought death into the world. Their leaving the garden as final as death remains.

I return to the words of Paul, “God and the word of his grace.” This is sufficient for the valleys of goodbye. Although humans said goodbye to God in the garden through rebellion, he returned over and over again. Appearing to folks like Abraham and Jacob. The history of the world is haunted by God. Despite our pride and sorrow God still returned to us. Breaking into the dark house of human existence in the night if it were. He would eventually return to us in the person of Jesus. But, “some doubted” Matthew said. Nevertheless, the grace of God could not be stopped. The grace of God has come to you through the preaching and reading of God’s word. Now, there are no more goodbyes. We who have received this grace will always see each other again whether in this life or the next. Joyful reunions await all those who because of Jesus are commended to God through his grace. God will return to us too. He is surly present now, but then he will be present in ways we cannot even imagine. On that last day, Jesus will return and we will behold him and not another. He will remake the earth into a new garden, the way the world was always meant to be.

Goodbye, Immanuel Lutheran Church. I commend you to our God and the word of his grace. May he sustain you until we meet again.